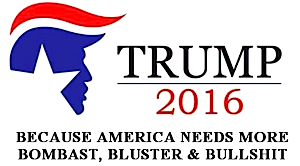 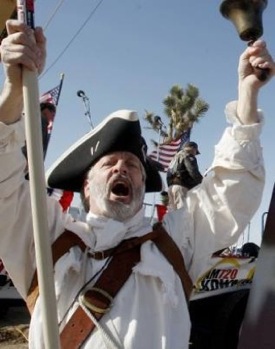 In recent days, more than a few people have been scratching their heads & pondering exactly why we find ourselves with the unappealing prospect of having Donald Trump as the presumptive GOP nominee for president in 2016.

As a public service, let me take a moment & explain why this has happened.

In early 2009, not too terribly long after Barack Obama was sworn in as the 44th president, we began to see a rather unusual thing. Seemingly randomly & organically, a collection of some rather oddly dressed characters began to show up in groups to oppose the new president. It seemed that nearly everywhere you looked, you'd see roving bands of puffy patriot shirt wearing, Don't Tread On Me flag waving, flintlock shootin' iron wielding, three-cornered hat wearing activists, loudly & colorfully pledging to Take Their Country Back.

By all appearances it seemed they were intent upon taking us back all right -- all the way back to the late 1700s.

They ranted & they raved & they pledged with all their might, to set things right -- far right -- in America.

• And in the 2016 GOP primaries, the whittled down some 17 aspirants to the presidency, until just one remained: Donald J. Trump, Patriot Extraordinaire!

I watched this spectacle closely & more than once, I warned whoever would listen that if they succeeded, the result would not be pretty. And here we are.

This strange dynamic isn't anything new.

In the past 15 or 20 years, the general mindset in America has seemed to have deteriorated to the point where the pessimism is so thick, you can chop off chunks of it with a hand-forged ax. Much of it, recently, has been fed by this delusional crowd, who has now given us Trump.

They have systematically convinced enough well-meaning voters that wearing a tri-cornered hat, a puffy patriot shirt & waving a Don't Tread On Me flag is all that's necessary to be a patriot & true-believer in America. All the theatrics, and of course, casting a vote for Donald Trump.

But consider: If it could somehow be arranged for them all to be magically transported back in time to Independence Hall in Philadelphia, these puffy shirt patriots would be laughed right out of the room by the Founders.

The reality of the situation with them is this: Most of them, deep down, have simply stopped believing in the greatness of this country & its people. ALL of its people. Their pessimism is like a virus. It’s a contagion & if it’s not dealt with soon, more people will continue to be infected by the sickness that's being spread by them.

In a real way, the fever has already been running rampant. If you don’t think so, look around at what's not being done or what's being undone. We've stopped getting many important & necessary things handled because they've convinced many otherwise straight-thinking people to stop believing we can still do necessary & important things, or that great things just aren't worth doing anymore. Perhaps this has been their plan all along. It's as un-American as anything our worst enemy might do.

The Founders would’ve laughed them out of the room because these people don’t really believe in the hard work, mutual sacrifice & national teamwork that true greatness calls for & that the Founders themselves actually believed in. For these folks, it’s all about playing “dress up” & spouting platitudes that the majority of people today think are quaint, outdated & largely unworkable in the modern world. When they’re not busy waving their vintage flintlocks or modern assault weapons or quoting their favorite long-dead white guy, you’ll usually find them displaying behavior that’s not even that appropriate for your average two-year-old: “I don’t want to & you can’t make me!”

It has been accurately said of Donald Trump, that he suffers from a complete lack of impulse control. He represents the perfect candidate for these puffy shirt patriots, and in primary season, he played to these mutterers & malcontents perfectly. And now, Trump & his motley crew want to foist this same pessimistic nonsense to voters in the General Election.

In the six months remaining until Election Day, we would all do well to take a cue from the Founders & laugh these pathetic, fools right out of the room. Nothing is set in stone & luckily, there is still time to save ourselves.

From Trump on down, they're all nothing more than an overly loud minority who simply wishes not to be bothered with doing great things - especially if the doing of them demands anything from them or inconveniences them in any way. America still has all the potential in the world to be just as great as we ever were - and more, but it will not happen by electing Trump.

C'mon, America, you are better than this! 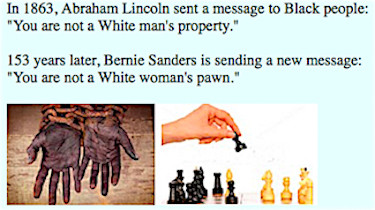 Bernie & Me, at the big rally in San Diego. 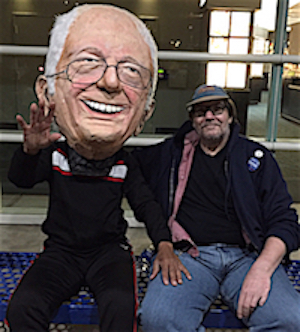 Clockwise - Meche the Calico, Chocolate Chirps, Me, Punky the Cockatiel. 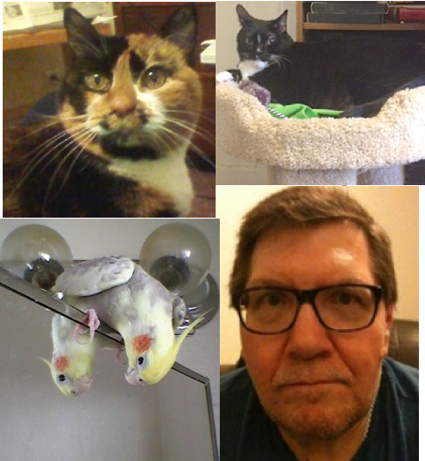 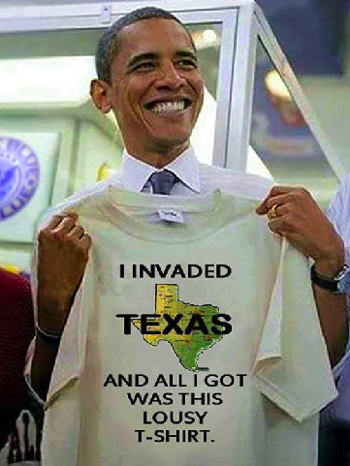 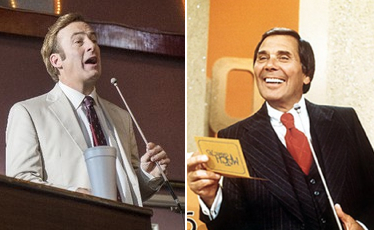 Nearly 90% of people wanted the Senate to pass legislation to help keep guns out of the hands of lunatics & criminals.

That it didn't happen, makes me think that input from voters, to that august body, has taken on the characteristics of the button an urban pedestrian presses for those "WALK - DON'T WALK" signs, when he wants to safely cross the street.

Pushing it apparently does nothing -- except maybe to provide the illusion that the average person actually has some influence on anything that happens. Turns out, we don't.

As for the NRA - well, that another story altogether.

I'm old enough to remember a time when the U.S. Senate was the greatest deliberative body on the face of the Earth. Today it has shown itself to be little more than a motley collection of cowardly puppets, parrots & pawns. On a day when courage & statesmanship really mattered, we found the Senate sadly lacking.

I love brick & mortar book shops cuz you just don't get this kind of personal service at Amazon!
Collapse